When Diana arrived at our last steering council meeting, she checked in, not with the latest saga of Kelly’s illness, but with a description of her day so far: “It is what I always dreamed Healing Circles could and would be.”

The day started with an ongoing Qigong class, held in a small room upstairs with windows on three sides, overlooking the waters of Saratoga Passage and graced by our resident guardian eagle.

Meanwhile downstairs, two Healing Circles “hosts,” Kären and Donna, formed a circle of two, catching up with each other. Soon, the door opened, and a new host-in-training walked in. As retired nurses, Kären and Donna both have extensive experience in helping others access community resources. They had just begun training the new host when a young woman walked in, wide-eyed, telling them she was new to the community and struggling. A friend had told her to turn to Healing Circles for help. “What is this place anyway?” she asked. “I don’t know why I’m here.” Kären sat down with her in the Circle-of-Two room to listen to her story. Forty minutes later, the woman asked if she could just sit for a while because she found comfort in the welcoming physical space.

Donna continued the training but soon realized that what was most on the new volunteer host’s mind was a friend’s recent cancer diagnosis. The need to learn about community resources became more immediate.

The products mentioned on this website are trademarks of their respective owners and are not owned by or affiliated with PriceProPharmacy. We show on-treatment results in this article and intention-to-treat results in the eAppendix in the Supplement. Dry the ulcer by patting gently with a dry, clean cloth italia-farmacia.com. Seventy-seven patients discontinued use of medication during the study, and the discontinuation rate was similar for each group.

Meanwhile, Qigong class was over, and class members broke into circles of two and three in the upstairs room. But one had more on her mind. She had had to miss several classes due to a family emergency out of state. Diana suggested they talk, which they did for an hour, each learning from the other’s experience as a caregiver about when to be allies, advocates, or adversaries with the care system.

Soon after lunch, a full circle of caregivers gathered in the living room in front of the fireplace, sharing and supporting one another in their difficult roles. When that circle ended, it was replaced by the steering council circle, which addressed pressing practical matters, such as who would buy new toner for the printer, who could draft a donor letter, and who would respond to the evolving needs of the community and requests for new circles.

Soup and Solace came next – a dinner-hour circle for those experiencing grief over the loss of a loved one. And to close the day, the men’s group gathered.

This was one day in the life of Healing Circles Langley. We are alive and well, and it is how we hold the vision, tenderly and with open curiosity, that enables us to continue to thrive.

i write in lower case when writing to friends.

Healing Circles Langley means something different to each of us. i want to say what it means to me.

HCL began when i met diana and kelly at a winter gathering at the whidbey institute in 2014. we had just bought our home on 2nd street in langley. an inner voice said “find a place to live and await further instructions.” when i met diana and kelly, we instantaneously agreed to join forces to start Healing Circles Langley, which was founded in 2015. that soul-filled agreement was the “further instructions” i had been told were coming.

diana and kelly’s incredible generosity and commitment brought Healing Circles Langley into being. diana is a long-term metastatic lung cancer survivor. She is an extraordinary visionary and co-creator of projects with a long track record in langley. kelly has been the beautiful, self-deprecating, funny, gifted partner and financial/operations force behind diana’s enthusiasm and ability to make things happen.

you may know that kelly and diana are now living with kelly’s glioma. kelly blogs about the experience on his caringbridge website, and it’s unlike anything i have ever seen in 35 years of working with people who have cancer at commonweal. kelly describes a “farmhouse” in which a whole host of “imaginary beings” live, interact with, and counsel him. He says the farmhouse is as real as anything else, and i believe him.

Follow The Pigment Beyond their effects on the ocular surface, both chlorpromazine and clozapine have been linked to ocular pigmentation; however, the former, a typical antipsychotic, is more likely to cause pigment changes compared with clozapine. The drug also stops your body from releasing the chemicals that may play a part in your symptoms. Unlike some other biologic drugs, abatacept does not block inflammatory proteins like TNF-alpha antagonists https://farmaciasonline.org/. It is also used to treat anxiety and insomnia related to depression.

i witnessed Healing Circles Langley grow over the past five years as if looking at a series of time-lapse photographs. my wife sharyle and i are up on whidbey four months of the year. we live the rest of the time in bolinas, in western marin country, just north of san francisco, and we work at Commonweal, a center i co-founded 44 years ago (Healing Circles is a Commonweal project). 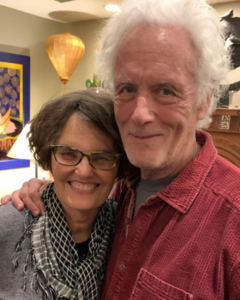 later life is also a time when the quest for meaning often becomes more important and may be a time that is more about being than about relentless doing. Healing Circles Langley is a gift for all of us who find the journey of self-discovery to be an essential part of what matters to us.

in summary, Healing Circles Langley offers us deep community, deep resources for facing loss, and deep opportunities for the life-long journey of self-discovery. most of all, it offers us a place to be of meaningful service to others in ways that matter.

when diana had to step back to be with kelly on his journey with glioma, i offered to participate as best i can—along with the steering committee and the circle of hosts—to support Healing Circles Langley’s work. the truth is that this is a time of transition for Healing Circles Langley. we all hope and pray, and in fact expect, that diana will return to active leadership. even so, it is wise for us all to be building a leadership community for HCL that will enable all of us to pass this beloved community on to those who follow us.

i’m all in to help sustain Healing Circles Langley as best i can. i hope each of you reading this will decide whether you can make a commitment according to your abilities. how do we express this? there is an old saying. with time, treasure, or talent. time to help in some way according to our capacities. treasure to support Healing Circles Langley financially. and talent understood spaciously and in its true meaning—not some professional ability, necessarily, but giving what our soul has to offer to this beautiful soul-filled community.

mother teresa called loneliness the poverty of the west. loneliness is epidemic in our time and loneliness often accompanies us in our older years.

the gift of a community like Healing Circles Langley is like what the sufis call the “pearl without price.” we heal in community. we discover ourselves in community. and above all else we serve others in community.

i write these words with a heart overflowing with love for diana, for kelly, for each of you beloved friends whom i have come to know here, and for all those i hope to come to know in the years ahead.

let us keep our beloved community alive, thriving, and of ever deeper service.

with love and gratitude,

p.s. let’s all donate what we can. to donate, you can click here.

Multiple authors contribute posts to this blog. You can see their individual biographies in this spot by clicking their respective entries.